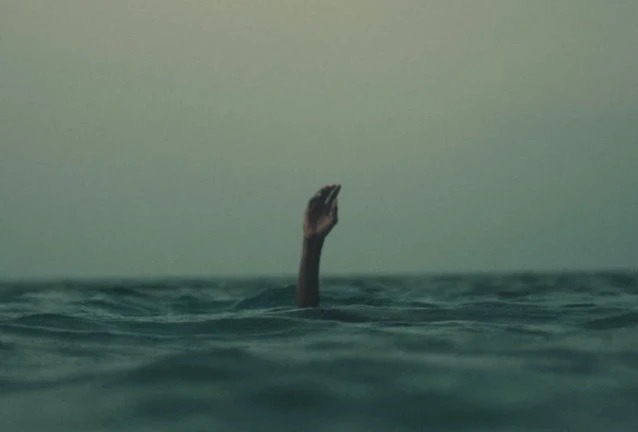 How I Landed a Dream Job After a COVID-19 Layoff 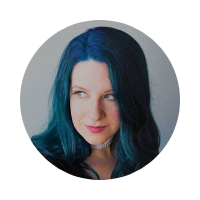 This is one of those real life inspirational stories. It’s also a practical example of why it’s so important to invest in your community and pay it forward, both in life and in business.

I was an early COVID-19 layoff.

The day before my job was eliminated, Nevada announced that businesses would shut down for at least a month. Companies in the casino and gaming industry stopped hiring. Just after being reassured that my internet-based, profit-producing job was in the most secure possible position, that secure job was eliminated.

My entire industry was shut down. My income was gone. I’m a single woman living thousands of miles from my family, and it felt like I was lost at sea. There was no solid place to put my feet.

I took a day to work through the emotional fallout. Aside from being anxious about my livelihood, I was, frankly, pissed off. I felt powerless to protect my team from the horrible thing that just happened to them, and I felt betrayed because my boss hadn’t even bothered to show up to the Skype meeting where more than half of her team was let go. Until I accepted and processed how I felt about the situation, I couldn’t take action to fix it.

Right now, millions of people are in the same place I was. This is a time of anxiety, but it’s also a time of communities coming together and people lifting each other up. Hard times can bring out the best in people.

What Does It Mean to Pay It Forward?

Paying it forward is like investing in kindness. You do what you can for other people without expecting that they’ll reciprocate, and you hope that your good deeds will multiply as others are inspired to be kind in turn.

As a business principle, it’s less common than it should be.

You can’t calculate the return on investment for kindness, so it’s not exactly a hot topic in business forums. Kindness, community, and the practice of paying it forward get lumped into the soft skills category and are largely ignored in the corporate world...until there’s a chance to talk about “corporate ethics” in marketing materials.

A2J Tech believes in paying it forward as a core business strategy, and so do I.

I’ve been self-employed for more than half of my career, and the more I succeeded, the more people asked me to donate my time and expertise. Struggling freelancers asked me to help them figure out why they were working 13 hour days and barely paying their rent. Entrepreneurs asked me to help them balance their growing business needs with their dwindling time for focus. Conference organizers asked me to speak for free and pay for my own travel, lodging, and meals while I was there helping their attendees.

It was expensive and time consuming, and a lot of very smart business people told me not to do it.

“You’ll never make your money back from these people,” they said.

“You’re just letting people take advantage of you,” they said.

Nevertheless, I kept doing it. I donated my time, energy, and money, and in the process, I joined communities and made connections. Some people came to the local Meetups and workshops with business cards in hand, ready to network. I came with my laptop, ready to help someone figure out their next move.

When you’re looking for a job, someone will always tell you that you should leverage your professional network. Dig through the drawer full of business cards from all those networking events you suffered through. Someone in your network can probably help you get your foot in the door.

Networking and Community Building are Not The Same Thing

Networking has always been tough for me. Polite small talk drains the life out of me. I hate it when you tell someone about your pride and your passion, and they just nod along blandly, waiting for their turn to talk.

Worse, giving out my contact information was always a risk. Out of every 10 “business connections” I made, 9 of them wanted to sell me something and the 10th wanted to talk about how sexy I looked in business attire. After a couple of dangerous and terrifying encounters with men who met me at networking events, I stopped traditional networking.

I kept working in my communities, though. Sure, there were some men with boundary issues, but there were also other people who stepped in to keep the community safe by stopping that sort of behavior.

The difference between networking and community building is simple:

I got laid off at the worst possible time. An increasing number of people are competing for a shrinking number of positions. The bulk of my recent experience is in the casino industry, which has ground to a halt thanks to COVID-19.

My corporate job took so much time and focus that I didn’t have the energy to keep my clients, so I helped all of them hire employees, find new consultants, or build strategies they could maintain on their own. When my corporate job became irrelevant, my former clients and the waiting list of people who wanted to work with me had all moved on to other solutions.

After I had a day for a much needed hissy fit, I got to work applying for jobs. I started reaching out to my (admittedly neglected) professional network and joined a lovely Facebook community called Hire Club at the recommendation of a former coworker.

My professional network connections were very encouraging. A few people told me about companies that might be hiring, and several people offered to write letters of recommendation or serve as professional references if I found something.

But my Twitter community found me a full roster of new clients paying market rates, a flurry of donations from business owners who weren’t hiring but wanted to help, and a new job at A2J Tech Store.

It took less than a week.

Paying It Forward Paid Off

I sent out 2 tweets the day after I got laid off. The first said:

Holy cow. My community went to work for me. I do not regularly talk to most of the people who follow my Twitter account, and in fact, I don’t even follow most of them back. The bulk of my 450 Twitter followers (far from influencer status) are people who saw me speak at a conference, or came to a Meetup where I workshopped a common problem, or asked me to help fix their website content when they didn’t have the cash to hire a full-time copywriter.

Several entrepreneurs with growing businesses reached out to talk about short-term and long-term projects. I had so many requests for new About Us pages and other work, I’m still not caught up on it two weeks later. Fortunately, my new clients are being exceedingly patient with my backlog.

A stranger asked for my Venmo account ID. I was reluctant to accept that kind of help, but I really did need to pay my bills and wasn’t sure how long I’d be without income, so I responded. He and several more people I’ve never met sent money. I contacted each person and promised to pay them back, and every one of them said the same thing:

Don't pay me back. Pay it forward.

Joseph Schieffer was one of the thousands of strangers who saw my tweet. He reached out, and after taking a look at the A2J Tech website, I just knew this was a great fit. We connected on Twitter, had a video chat interview, and found that our ethics are nicely aligned. There was no handshake (we’re responsibly social distancing, after all) but even without one, I was welcomed to the A2J Tech family.

Less than a week after an awful layoff, I accepted a position at a company that values me as a person as much as they value my skills and talents.

The job I lost made me feel emotionally exhausted, and it took more from me than my salary was worth.

The job I found energizes me and empowers me to rediscover the passions I’d set aside for the sake of my career.

Paying it forward got me here. I’m in a better place now than I was before I was laid off, and thanks to my position at A2J and the generosity of strangers, I’ve been able to help someone I care about pay her family’s bills after coronavirus closures stopped her income.

Maybe I can’t calculate the financial return on kindness, but I can tell you that the people I’ve helped went above and beyond to help me when I needed it. That’s reason enough to keep paying it forward.